The A23 Udine-Tarvisio motorway: engineering and comfort to favour transport between Italy and Austria

Over 2,000,000 tons of goods handled each year with our vehicles, that travel along the busiest roads of the world to transport different products. One of the most important communication route in our region is the A23 Udine-Tarvisio motorway, very often traveled by Gianesini trucks. In addition to the story of the A23 Udine-Tarvisio motorway, in this article we want to highlight both its importance from an engineering and anti-seismic point of view and its fundamental role for transport services between Italy and central Europe. 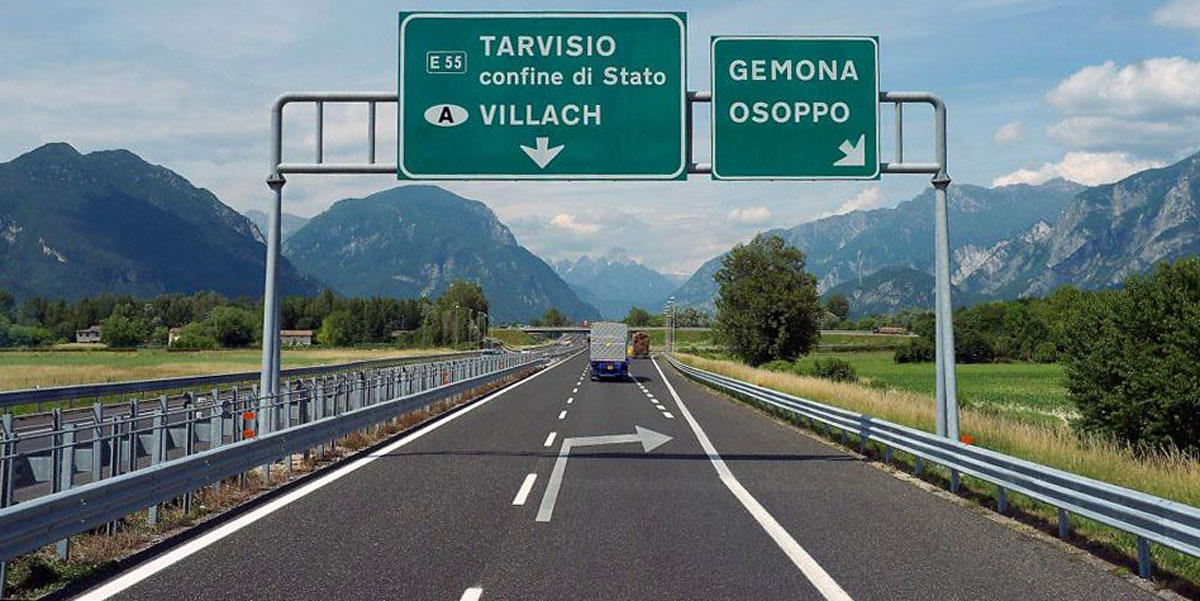 It is also known as the Alpe-Adria motorway. This 120 km long motorway with mainly two lanes starts from Palmanova, via Udine to Carnia and Tarvisio, and the Austrian Süd Autobahn. In addition, the A23 motorway is part of an important cooperation project among Central, Eastern and South Eastern European countries to ease road transport in Europe, and to reduce differences between motorway networks: it represents the westernmost point of the Trans-European Motorways, connecting directly to the Austrian motorway to Vienna. This important road network connects the Baltic Sea with the Adriatic.

The A23 motorway is a true work of engineering. Its construction began in 1966, with the opening of the first section Palmanova-Udine Sud after two years of construction, to continue in 1973 with the section from Udine to Carnia. The route from Udine to Amaro was opened in 1979. It reached Tarvisio in 1986, as well as the Italian-Austrian border. The section between Udine Nord and Udine Sud was opened in 1988. Today the A23 motorway is managed by two companies: Autovie Venete and Autostrade per l'Italia.

After a first straight path, a hilly stretch of the A23 follows, with gentle ups and downs along the hills north-west of Udine and some bridges over rivers and streams. Continuing towards Tarvisio, a few kilometers from the Carnia-Tolmezzo exit the Fella valley begins. The motorway crosses the valley thanks to the construction of numerous tunnels and viaducts: along the 42-kilometer route Chiusaforte-Tarvisio there are twelve tunnels for 16 kilometers - Pontebba tunnel is the longest one with the length of about 2.3 km -, and twenty-four bridges and viaducts for about 10 kilometers. Various technical and technological measures have been adopted, in addition to the use of special and durable concretes, to build all these infrastructures in this particularly seismic area. The Somplago viaduct, over Lake Cavazzo, is about 1 km long and it is known to be the first seismically isolated bridge structure in Italy, completed shortly before the Friuli earthquake. It is also called "the technical masterpiece of the A23", and it suffered minor damage during the earthquake. In addition to the great design and structural engineering work, particular attention was paid to the natural environment and its integrity, as well as to the usability by drivers, through the adoption of new technologies for greater driving comfort and the presence of various rest and service areas.